The Clan's history dates back over a millennium ago, they were there two ancient ninja clans which had a long-running hatred with each other until the birth of Maō Tenjōchi and Mazoku Jigokuchi. Both clans possessed the rare Kekkei Tōta Blood Release.

Their Clans merged their islands with their Earth release on the border of Kirigakure and Konohagakure called it  "Tengoku to Jigoku no Shima".

The Tenjōchi Clan lived on the coast of Kirigakure on an island called “Tengokushima”  where they specialise in creating medicine, poisons and antidotes for the neighbouring lands.
While the Jigokuchi clan lived next to “Tengokushima” on an island called “Jigokushima” which they Specialise in assassination, recovery missions.
During this time these two clans were feared by the surrounding villages, the Witches of Heaven and the Cold-blooded demons of hell. However even tho they were feared, the people needed their help in their personal matters.
Due to the clans, Personal grudges and rivalry with each other the young heirs of the clan Maō Tenjōchi and  Mazoku Jigokuchi found themselves in love with each other and wanted to unite their clans however they were afraid what would happen if their families found out that they were secretly seeing each other.

However, Mazoku's family arranged a marriage with one of the bureaucrats in the Kaguya clan named "Hōjō" to unite their clans in creating the ultimate Assassination clan. His daughter "Hone" was now betrothed to Mazoku and was now living with him in his estate, which limited his time to see Maō. Making their plan to unite the clans was ruined. However between the land is a rock like a little shrine barrier to keep the clans out of their territory, at night they would sit on the roof both of them behind the barrier.

Until one night where the Moon was red "Infinite Tsukuyomi," the two meet again and admired the moon, however, their moment was at an end when Hone found out to where he had been sneaking off at night. Wich lead Hone to transformed into a giant woman with bones sticking out of her body being unrecognisable there was no way that Maō and Mazoku could defeat her. As she was blinded by rage the clans came down together to see what was happening. Maō and Mazoku yelled out for them to combine their jutsu and seal this demon away.

Using their Kekkei Tōta everyone used all of what they had and sealed the demon in the shrine in the middle of the water. however, the Two said that the shrine will not hold forever. they needed to combine their powers which ended with the clans moving their islands to become one on top of the shrine sealing the demon within their islands.

Afterwards, they made a Temple"Temple of the Beloved" on top of the Shrine that was deep within their island which has a pond called: Blood of the guardian Souls / Blood of our brothers and sisters. At this point Maō and Mazoku had confessed that they were in love however their clans didn't agree however they are shown as the right full leaders they told how by reuniting their lands would be the greatest fortress there was combining their abilities.
Once a month on the full moon they all gather around the temple and infuse their blood to keep the demon within contained.

The clan members mainly live on the island, however, some may live out side like Akane's family where they live in konoha. Some members can live in kirigakure or Konohagakure  on a few conditions:

the Head family produce two offspring which they undergo the ritual to decide if the child's abilities are like either the Tenjōchi or Jigokuchi capabilities. if they were to marry e.g "If the heir's last name was Tenjōchi  they must marry people from the Jigokuchi clan side and rule... vice versa" but they can also marry outside of the clan will explain further down

take note that the members are not related by blood so they can have different last names however they are branded with the symbol of their clan.

Both the Clan members are genetically encoded in their DNA to preserve their Pure chakra line. So the members of the Tenjōchi and Jigokuchi clan Can Not marry or have kids because of their genetic DNA. Like they can be together but they can not reproduce because if they tried the child will be stillborn.

They have a "Temple of the Beloved" where they have a pond of blood that connects to the demon laying underneath they sink the dead down into a cavern below and becomes one with the pond which protects and seals the demonic monster  ... called: Blood of the guardian Souls / Blood of our brothers and sisters. Once a month on the full moon both clans gather around at the temple and perform their blood release technique to immobilise the monster from awakening. If something happens and the ritual fails there will be a risk of the demon waking up again.

Once a month on the full moon both clans gather around at the temple and perform their blood release technique to immobilise the monster from awakening. If something happens and the ritual fails there will be a risk of the demon waking up again.

All the children go to the academy which is located near the Temple. Where they educate them in their history, and the fundamentals and knowledge of their Blood release.

Once the children complete their final exam to become Genin they go through the Familiar summoning ceremony where they get to summon their Lifelong Partner.

Tenjōchi
The Tenjōchi clans main Skills are their Defence, Intelligence and Medical Ninjutsu.

they also create toxins and antidotes for their affiliated Villages

Blood Release (血遁, Chiton, Blood Style) is a combined nature transformation kekkei tōta, an advanced version of kekkei Genkai, made up of techniques that mix Earth, Wind and Water  -based chakra to create the Ultimate manipulating technique. The techniques of this nature originally form of the user or others blood composed with their chakra and fusing with the Red blood cells allowing the user to control any amounts of blood. This nature allows the user to manipulate Red Blood cells, giving them the ability to manipulate anything on a high iron level.

Throughout the years the Blood release has been a very dangerous form. A millennium ago after few years after Kaguya was sealed by her sons the Two clans human body could only use so many without them fainting or dying from the blood loss. The average human will replenish the lost VOLUME within 24-48 hours, but it takes around eight weeks for the body to replenish new and clean cells. Which limited their powers in casting. throughout the generations, the clan's people began to evolve increasing their blood regeneration count and the numbers by over 1000 fold by Akane's generation. Hence Making them use more and more blood when blood is spilt for battle.

With this evolution, the clans can create new techniques like

The clan has a Weapons Lab on the Jigokuchi side while the Tenjochi side has the farmaceutical Factory/ Lab. In the Weapons Lab, they test and experiment new ways to create better weapons
they created toxins and testing them on members to use in war. and with this rare formula which infects the blood adding the acidic genes "Acidic Blood" with the blood cells also toughing up the human genes making the body hard enough to contain this blood, the ones who survive are brought up in the Jigokuchi Anbu.

Unlike the Jigokuchi lab for generations, the Tenjōchi clan has been known for their intelligence in creating medicine and Poisons. Their blood has healing abilities which their blood is universal they can do transfusions and heal people on the battlefield. The clan's blood also has chakra boosters to also regenerate chakra. Since the clan specialises in Defence they create Toxic Poisons and also Medical items. They are one of the worlds biggest Farmaceutical company, dealing their poisons and medicine in stores to the 5 great nations

Within the Two Clans, the Summoning animals played a very important role in helping their masters.
The summoning animals in the Tenjōchi Side summon animals which help and excel in their capabilities.For the Jigokuchi they use them for battle and recognisance.

to distinct the clans, they created a brand e.g. 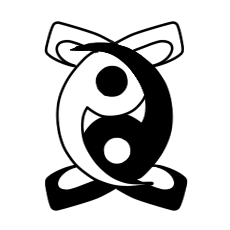 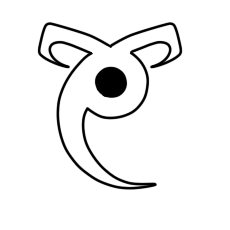 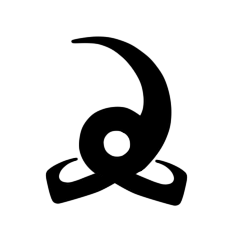 Even tho they don't belong to any  main village, These clans  are known to be "Tengoku to Jigoku no Shima" " the land of Heaven and Hell"

Most of the clan members have arm sleeves with

"They say the Weak die and the Strong survive, 'however', no matter how weak they may be, we survivors help our comrades no matter what!"

Retrieved from "https://narutooriginals.fandom.com/wiki/Tenj%C5%8Dchi_and_Jigokuchi_Clan?oldid=109160"
Community content is available under CC-BY-SA unless otherwise noted.